What to expect in the 2022 market ✨
Our Predictions

We respect your inbox. We only send interesting and relevant emails.

Kenna's career is dedicated to exceeding the buyers or sellers expectations and to always do what is right for the customer...

From John Ford Westerns to sci-fi thrillers, Utah has hosted a steady stream of filmmakers for more than 70 years, according to the Utah Film Commission,  Nearly 1,000 films have been shot in Utah. Some movies only show brief snippets of Utah's landscape, while others are shot entirely in the state.  We will share with you 5 local properties that are infamous for the movies they appeared in!

Butch Cassidy and the Sundance Kid (1969)

Robert Leroy Parker, better known as Butch Cassidy, was born in Beaver, Utah. The notorious criminal and his Wild Bunch Gang often holed up in the Robbers Roost hideout in Utah while they traveled through the West robbing trains and banks. Butch Cassidy’s youngest sister, Lula Betenson, even claimed her brother returned home to Utah under an alias to live out the remainder of his life in relative peace after the Bolivian police misidentified his body following a deadly shootout (Steven Law, “Butch Cassidy and the Sundance Kid didn't die in a Bolivian gunfight”). Whether or not the infamous Cassidy and his sidekick the Sundance Kid died in Utah or Bolivia, it is fitting that the iconic movie based on their lives should include many Utah locations.

In addition to filming many adrenaline-pumping shootout or chase sequences in and around Utah’s Zion and Snow canyons, the filmmakers of Butch Cassidy and the Sundance Kid also used a historic Mormon ghost town, Grafton, to film the scenes where Butch (Paul Newman) and Sundance (Robert Redford) hole up with school teacher Etta Place (Katharine Ross). Though Etta’s house was a set built for the film, you can still visit Grafton today to see the schoolhouse, which is actually an abandoned church, and the barn Paul Newman and Katharine Ross bicycled by in the movie.

Though the story of Footloose is set in the Midwest, any Utah County resident will notice the tell-tale signs that reveal this movie was filmed right in our own backyards. If you live near Payson, you might recognize Bormont High, which is actually Payson High, or Payson Memorial Park, the setting for the scene where Ren (Kevin Bacon) is pulled over by the cops (movielocations.com, Footloose). While the movie used locations from Springville Senior High School to the old Geneva Steel Plant (where Ren famously dances out his rage), one of the most iconic scenes from the movie—the senior prom—was filmed in the Lehi Roller Mills (833 East Main Street). Also featured in the film are a few Utah County homes. Reverend Moore’s house in the film used to sit right across the street from the church where he preached his fiery sermons. (The church is the Community Presbyterian Church located on 75 North 100 East in American Fork.) The house has since been demolished and replaced with an Albertsons. Ren’s home, however, still stands today in Provo (East 100 North at North 500 East).

IfIf you’ve ever been to Hole N” the Rock outside of Moab, Utah, you know the name of the home is an apt description. What began as a cave where cowboys frequently spent the night the Christensen brothers, Albert and Leo, transformed into a diner and later into a 14-room home chiseled straight into the sandstone, complete with a chimney and bathtub built into the rock (Taysha Murtaugh, “The Incredible Story of Hole N" The Rock, Utah's Famous Roadside Attraction”). This unique home and roadside attraction offers a stunning backdrop for a scene in Transformers: Age of Extinction, where Cade (Mark Wahlberg) attempts to retrieve money from the ATM.

Hole in the Rock photos from holeintherock.com 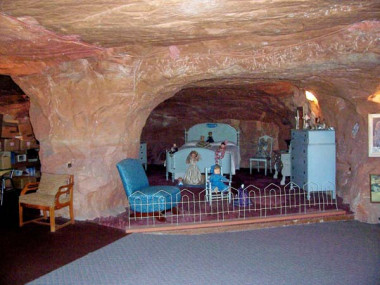 “Remember kid, there are heroes and there are legends: Heroes get remembered, but legends never die.” –The Sandlot

For many Utah kids who grew up in the ‘80s or ‘90s, The Sandlot is a movie we can quote by heart. Not only can we relate to the childhood insults, sport, and antics, but there is just something magical about a movie filmed right down the road. Many of us have strolled around Liberty Park in Salt Lake City or taken a dip in the Lorin Farr Community Pool in Ogden, both of which were featured in the movie. And who can forget the sandlot itself, located near Glenrose Drive in Salt Lake City (Rachel Molinda, “Here’s what ‘The Sandlot’ looks like 25 years after the movie was filmed in Utah”). And, if you cruise down to the corner of Bryan Avenue and 2000 East in Salt Lake City, you might be able to recognize Scotty, Benny, and Ham’s houses, though they have changed a little in the 25 years since the movie came out. 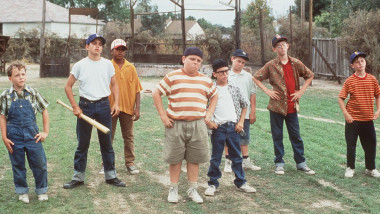 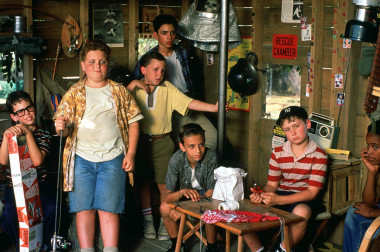 Did you know many of the scenes from the iconic comedy Dumb and Dumber were filmed in Utah? As Lloyd Christmas (Jim Carrey) would say, “Well suck me sideways!” For example, Mary Swanson’s mansion home is the LaCaille restaurant in Sandy, Utah. LaCaille is also the setting for many of the scenes where Lloyd fantasizes about Mary (Colin Wolf, “When Utah Was Dumber: Take a tour of Utah's most iconic Dumb & Dumber shot locations”). Shortly after Lloyd drops off Mary at the airport in Rhode Island—which is, in actuality, the Salt Lake International Airport—he greets Harry (Jeff Daniels) at their apartment, the Smith Apartments in downtown Salt Lake City (300 East and 200 South). From there the two idiotic but loveable friends supposedly trek across the country to end up in Aspen, but the location of the fancy benefit the two attend is only down the street. The exterior for the benefit was filmed at Utah’s historic Devereaux Mansion (340 South Temple) while the interior scenes were filmed in the Gateway’s Grand Hall at the Union Pacific Depot. Whether or not Harry and Lloyd really did drive “almost a sixth of the way across the country in the wrong direction” isn’t clear, but what is clear is that they end up practically where they started as far as filming is concerned. 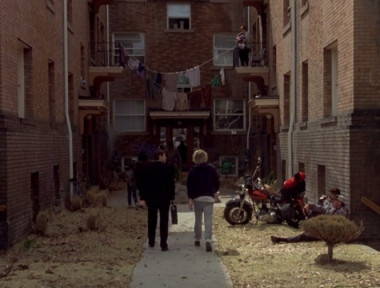 Bonus: The Up House

While not featured in a film, this house in Herriman, Utah, was built as a replica of the house in Disney’s whimsical Up. So if you are curious to see a Disney scene come to life, take a trip on out to Herriman (13218 S Herriman Rose Blvd.) to have your dream come true.

The Up House image tripadvisor.com

We respect your inbox. We only send interesting and relevant emails.

We use cookies to enhance your browsing experience and deliver our services. By continuing to visit this site, you agree to our use of cookies. More info